The Financial Struggles of a Middle-Class Worker 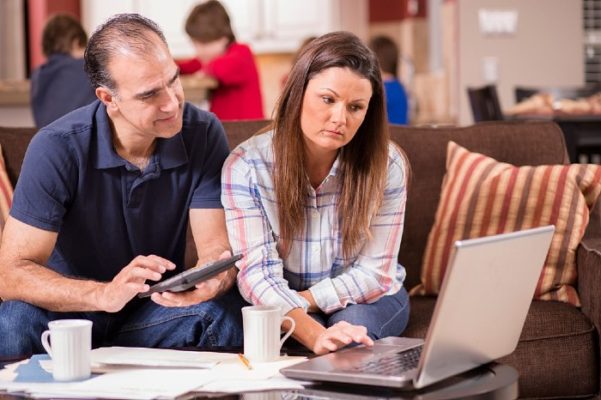 The Financial Struggles of a Middle-Class Worker

The world population is touching 8 billion, this number in itself comes as a shock as only half a century ago, it was just a third of it. Amongst these 8 billion people, not even two persons are alike. Every one of us is different; this differentiation comes from various aspects. It can be religion, race, nationality or financial status. In terms of income, the world populace is segregated into three broad sections; the rich, the middle class and the poor

Almost half of the people all over the globe fall in the categorisation of middle-class. In the UK, this segment of society is even higher at a staggering 58%. These are the people who are neither rich nor poor, but rather somewhere in between. The British middle-class individual earns about £27,000 per annum. This amount can easily cover the bare necessities, but cannot sustain a lavish lifestyle.

These people don’t have enough resources always to be prepared for emergencies or enough savings to indulge in many recreational activities or go an impromptu trip. The life that they lead is satisfying at best. The thrill and excitement that make life more enjoyable is missing. Their days are spent at work and nights at home.

I am not inferring that a middle-class worker leads a depressing life; he doesn’t. Anyone, irrespective of his finances can seek happiness. However, the struggle to stay happy is more evident is this class, because they are in a situation where they can almost touch the lavish fruits of life, but cannot own them. A poor fellow will be content because most luxuries are out of his reach, while the rich have everything they desire; it is just the remaining who is dangling in between wanting to taste the forbidden fruit.

Every one of you must have someone in your lives, whom you can relate with the ordinary worker. Our guy’s name is Russell. It is a person in his early 30’s, working as a cashier at the supermarket. He is married with a child on the way. He is optimistic about his core, working overtime to get that bonus which will provide the money to buy his baby’s crib.

He does not have much excitement in his life; he and his wife do not go out on dates because they are saving a pretty penny for the baby. A man like him has a lot of desires and aspirations, he dreams big, but on every payday, he gets a reality check that grounds him.

Unjustified loans and the middle-class worker

Russell is struggling to keep up with the building expenses. He and wife want to relax for a few months, without having to worry about how to pay the next month’s rent. In a moment of weakness, he decides to try his luck at getting a loan. He applied and got the desired amount. However, he forgot that the amount would have to be repaid with interest.

He and his wife were worry-free financially for the next 6 months, but then the loan money started waning, and the accounts looked similar to the pre-loan period but worse.

Bad credit and the middle-class worker

In terms of salary, Russell has not received any increment. If his expenses were troubling before, now with the added loan instalment, the expenditure is unbearable. The months he can work overtime and get a bonus sail smoothly, but whenever he is not able to earn that extra money, he has to jump the instalment in lieu of groceries and rent.

All of those unpaid instalments mean that his creditworthiness is shot to hell. At this point, even if he wanted to get a loan, he would not be able to. And then the worst happens, his wife goes into labour. Because of some complications, she needs to be operated. Thankfully, the baby and the mother get out of the hospital alive and well. It should be a happy moment for him, but he has the expensive hospital bill hanging over his head.

With the baby in the house, the saving will not be an option. As an effort to improve his circumstances, he asks his boss for a raise, and the boss gives him one. His increment along the government aid for child support means they can live comfortably and even save some money. However, he still has no way to pay the hospital bill.

The solution to his financial dilemma

On a blessed day, Russell’s friend mentions bad credit loans. He researches about them online and lands on £10,000 loan with bad credit. He thanks his lucky stars that he is eligible to apply with his terrible credit history. Soon after the application is approved, he gets his hands on the money and in the same instance; he wants to repay his medical bills.

Now his wife has also joined her job, so the income level has risen even more. They have planned a family trip to France next month. They may not live at a five-star hotel or eat at 3 Michelin star restaurant, but even the street food vendors and a 2-star hotel will make their vacation a memorable one. That is the middle class for you, people who despite facing regular financial struggles, manage to live a happy and content life.