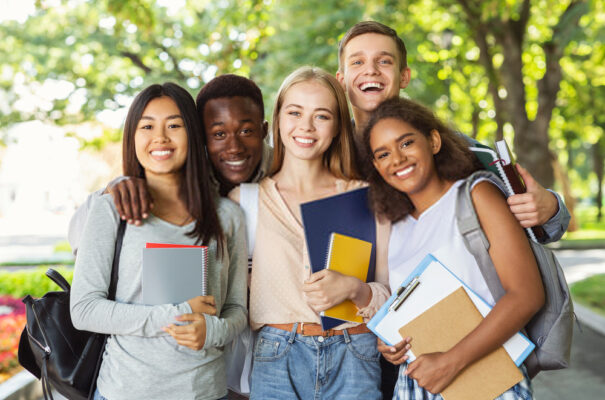 Student Loans Company (SLC), a UK government organization, has held more than £18.4m as loan overpayment from graduates. The collection amount to this sum over the past five years. According to a source, 60,000 graduates in England are eligible for at least a £300 refund.

Moreover, the data was collated and published by SLC. Also, this is based on the facts collected between 2015-16. Research Professional News obtained the figures for student loans in England.

Another source reveals that SLC received £ 2m in unnecessary payments between 2019-20 even after incorporating administrative changes. During the previous two years, SLC began an online repayment service.

The service helps avoid making excessive payments and even manage existing student loan. But, unfortunately, graduates that had settled their outstanding debt between 2019-20 still made unnecessary payment amounting to more than £2m.

Another source reveals that unclaimed student loan over-repayments crossed £28m between 2009 and 2018. Moreover, during this decade, 510,000 students continued to make repayments after clearing the tenure.

Astonishingly, the source reveals that £308m was the total outstanding during the decade of which £28.5m is remaining. On average, it amounts to £600 per student. However, the information provided through Research Professional News clarified the existing outstanding figure.

The £6.3m overpayments made between 2015-16 was held by SLC, of which £5m remains as refundable. This is because salaried graduates made repayment of income-contingent student loans through HMRC’s payroll tax system.

Moreover, historically, HMRC and SLC shared data in April, i.e., the end of the financial year. The yearly process between the firms was used to reduce loan overpayments. However, many citizens continued to make loan repayments even after settlement due to this one-time information distribution.

So, HMRC and SLC resolve this problem by sharing weekly information since 2019. Moreover, Research Professional News also published information regarding the value of non-refunded overpayments.

After sharing the information, the outstanding amount was £21.6m. However, this is £3.2 more than the existing £18.3m. Therefore, it seems that some of the refunds have been completed. Unfortunately, an outstanding refund amount of £2,086,928 remains for 2019-20.

On average, it amounts to £78 per graduate student. However, according to an SLC spokesperson, the recent improvements have diminished thirty-eight per cent of over-repayments since 2018. Moreover, the spokesperson suggests that students should opt for direct debit for the last two years.

By adopting a direct debit facility for student loans, graduates can avoid making over-repayments and claims. Moreover, SLC even contacts students when they have two years remaining on the repayments to switch to direct debit and benefit.

Additionally, the spokesperson informed that SLC makes automatic refunds for students. By following this process, it has made £3.5m refunds in the past year. However, the customer requires to provide accurate information to claim the refund.

However, Rachel Hewitt is disappointed with this view of SLC. As the director of policy and advocacy at the Higher Education Policy Institute, she informed PA Media that the responsibility of over-repayment should not fall on graduates.

Besides this, graduates can reach out @SLC_Repayment on Twitter to claim their refunds. Unfortunately, most refunds would remain unclaimed because graduates hardly check and update their information on the UK government website.

Therefore, SLC faces contacting the graduates unless their newly mentioned address or other contact details become available. Moreover, students can always contact the desired authority to claim their refunds.

However, the figures by Research Professional News state that most people have not reached out to SLC.

Most Common Reasons for Over-Repayments by Students

As per the SLC guidelines, students require to start making repayments after graduating in April. However, students that mistakenly mentioned the wrong graduation year, or employer that incorrectly filled the paperwork, could lead to early repayments.

Additionally, graduates might have a variable salary, and therefore, the annual threshold might not cross. Such a circumstance arises on partially working through the year, taking additional shifts, and upscaling or downscaling a job profile.

It can even happen if you earn a bonus or take a partial maternity or paternity leave. Another probable circumstance for higher repayments is continued repayment withdrawals from SLC. Besides this, you could also land on a wrong repayment plan.

SLC would continue to refund the amount even if you have landed on the wrong repayment plan and realize it years later. The organization has no restrictions for the number of years.

However, before claiming your refunds, collect your old payslips, payroll numbers, and PAYE reference number. Additionally, recheck the correct plan with your current and ex-employer.

Unfortunately, you might face employers not informing you about the plan and the wrong plan with ex-employers. Under the first circumstance, check the payslips. For the second option, contact SLC and recheck the deductions with the ex-employer. Besides this, graduates working can claim tax refunds for travel, work-related expenses, etc., as part of a tax refund. According to a source, the average yearly costs amount to £800, and citizens can claim upto four years of refunds. Additionally, read the guidelines for SLC refunds while filing tax return.

How can you cater to both professional and personal life at one time?

What are the key factors to make your business profitable?

The Easiest Way to Get a Bad Credit Loan

How can you not make mistakes while borrowing a loan?

How To Reduce Interest Rates on Business Loans

OPEN ENDED MORTGAGE LOAN: HOW IT WORKS AND KNOW ITS PROS & CONS

What are the benefits of borrowing Cash Secured Loan?

How to Avoid Paying Too Much for a Personal Loan?