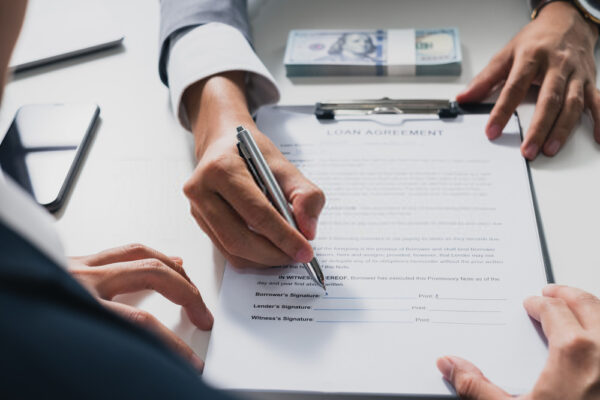 It is good news that the cost of borrowing has significantly plummeted, making it easier for you to borrow money to fund your big expenses. When it comes to funding big expenses, personal loans are quite popular among people.

This is because they allow you to borrow a large amount of money without putting down collateral. Interest rates for £5,000 personal loans went down from 7.2% in January to 6.9% in May, while it is nearly the cheapest it has ever been for the borrowing amount up to £10,000 with interest rates as low as 2.8%.

Like personal loans, mortgage rates have been recorded as low as 1.19% for those with a 40% mortgage deposit. However, experts are suggesting the mortgage interest rates are bottoming out.

Buyers should expect a rise in rates. So, if you want to take out a mortgage or do up your house with personal loans, now is the right time to take off. Rates are very low compared to the past.

Although you cannot take advantage of interest-free advance if you are looking to borrow money for doing up your house, you can benefit from a decline in interest rates. Due to a drop in the base rate, all financial institutions offer these loans at much more affordable interest rates.

The pandemic can also cause such a drop-down in interest rates because many people have put off their big-spending because they are tight. It may be an effort to encourage people to borrow money.

The average cost of borrowing with personal loans is 6.9%, recorded as the lowest since September 2019. The interest rates for the borrowing up to £10,000 have been recorded at 2.8%, which is higher by 0.2% compared to the rates in April last year.

Since it is not making up a significant difference, you can say that it is still nearly the cheapest rate. Unsecured loans are a very popular choice because they can let you fund big expenses like significant home refurbishment and buying a car.

Although the interest rates are low for unsecured personal loans, it does not mean that you can jump to borrow money. It is crucial to analyse whether you will be able to pay off the debt. You will have to suss out your financial capacity.

Decreased interest rates do not assure that you can manage to handle the debt because your financial condition must have changed.

An impetuous decision will have you over a barrel. Experts warn that you should avoid making a major structural change in your house because it can take a lot of money, and your lender may not sign off on such a big amount.

Mortgage rates have bottomed out

Mortgage rates have bottomed out, and now experts are expecting these rates are likely to go up. According to the Bank of England report, the mortgage rates have hit the lowest recently, and now people should not expect them to go further down any longer.

The interest rates for the mortgage with a 40% deposit were 1.32% last year, and now they have reduced to 1.20%. This is undoubtedly a significant improvement in the interest rates. While it was not expected the housing market would bounce back during the pandemic, the low-interest rates have helped fuel the demand after the pandemic.

Although people have recently faced a blow in their budget, housing is a necessity, and hence the lowest interest rates so far have encouraged people to take out a mortgage. Experts have seen frenzied activity with buyers looking for bigger houses with large outdoor spaces, and they account for stamp duty discount.

However, they also state that this kind of trend is fleeting because the buyers will back away as the interest rates start going up. Seeing the current status of the housing market, it is expected that there is hardly any chance for interest rates to go down further from this point.

The most common reason for borrowers to be mad about it is they have never got a heck of a good deal. A 60% loan-to-value mortgage with 1.2% interest is such a good deal that people never expected, especially during the pandemic.

Experts believe that low interest rates are a significant reason why there has been a sudden surge in demand for houses. This has given a reason to people to move to a bigger home. Since 2014 this is the first time when the interest rates for mortgages with 40% deposit size have declined so far.

This is undoubtedly the cheapest interest rate. Once the economy rolls back, the interest rates will begin to soar, and there would be a halt on ongoing demand for houses. This is a great time to refinance your mortgage because interest rates are very attractive at this moment.

As they have bottomed out, you should not wait for interest rates to go down further. However, if you see the other side, you will find that it has not come to the borrower the way it was expected.

Perhaps people may not be sure about their repaying capacity at this moment when the economy is uncertain. If you are looking to buy a new mortgage, you can seek a five-year fixed mortgage deal, provided you know you are going to stay in that house for the next five years. This can allow you to take advantage of a lower base rate.

Will interest rates shoot up?

Whether the interest rates will shoot up or not largely depends on inflation. It is hard to prognosticate anything about it as of now. Compared to the interest rates in the past, they are quite low now, and it is assumed that they will likely go up as inflation returns.

Even though experts assume that the rates have bottomed out, they are not sure because several other variables are accountable for it. However, at the same time, experts think that if there is an increase in interest rates, this is not going to be significant.

It is believed that the interest rates will gradually increase without putting a lot of pressure on your budget, and this is essential to fuel the ongoing demand.

A word of caution

Although interest rates have declined, it does not mean that you will throw caution to the wind. Whether you are looking to take out a personal loan to do up your house or a mortgage, you should never stop researching.

Note that just because the Bank of England has reduced the base rate, it does not mean that you can get an affordable deal from all lenders. Each lender charges different processing fees, and if you seek help from a broker to borrow money, you will likely end up paying more in fees.

Make sure that you have researched properly and compared the interest rates. It is always crucial to look over your finances.

A rule of thumb says that you should have enough money left after meeting all of your regular expenses and stashing away money for emergencies that you can use to pay off the debt.

If you have already taken on debt, try to settle that before applying for a new loan because this will make it easier for you to approve.